LONGEVITY and the Politics of Health Care 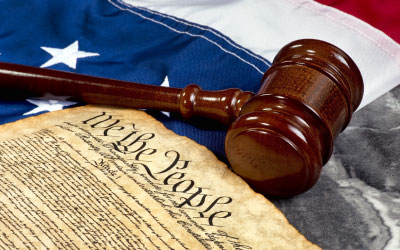 We are still a long, very raucous, and what will be a very tiring run up to the 2020 Presidential election. One of the very heated talking points, and one that will be under the very deep inspection by EMPIRE LONGEVITY, is Health Care.

The Democrat leaders in the race are stumping for a Medicare For All type of health care system, in which everyone will be covered, with very little, or no out of pocket expenses. This sounds absolutely fantastic. What would be even more fantastic is to answer clearly just how would that ALL be paid for? Sen. Warren as of this date says that she would add a new tax on to the 1% of Americans with the highest incomes, and this, it is reported, would amount to approximately $3 trillion in federal funds. The first questions that have to be asked is.

2. It has seemed that when taxing the top income earners in America, that they are not the ones actually paying the tax, and that somehow, it gets passed down to the middle and lower income classes. So, ‘who is really going to be paying for this?’.

One question that is NEVER addressed as it is just assumed, but, ARE WE AS A COUNTRY HEALTHIER FOR A NEW SYSTEM?
We understand that no one wants to pay for health care. Either we pay for it in our caring for our health or in the treating of our diseases. Which do you prefer?

As for the Trump administration – their full focus has been to dismantle the Obama regime health care system with such vigor and single mindedness that they have done little to put anything in place of it. A frustrating aspect is that the administration has had four years to put a plan into place. They have had four years to come up with a mission, draft, edit, and refine a plan. And they have not.

In the talking points more often than not it seems that the candidates are more concerned about ‘who will be, and won’t be paying for health care’, instead of creating a plan to CARE FOR AMERICANS’ HEALTH.

Being an avid reader, researcher, and inquisitive person, I have failed to see a concrete plan by any Dem or Repub who has manifested a plan to take on the top killers of Americans: cardiovascular disease, cancer, stoke, and the ramifications of obesity.

When a system is focused on treating the disease instead of caring for, and promoting the health of a person, it will ALWAYS be expensive, no matter who pays for it.

When anyone from either party can stand up and show they have a plan to CARE FOR OUR HEALTH, then they have at least one loud vote.

How will you vote this year? I will vote with my health. FOR my health.