Good Things Happen When People and the Outdoors Meet 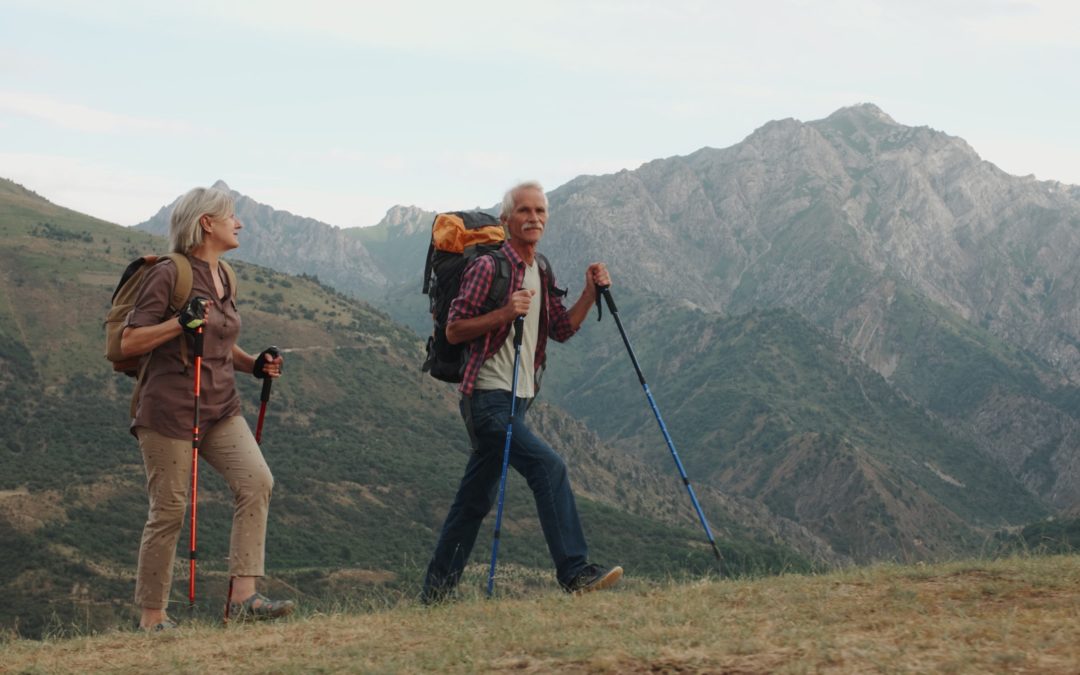 Let’s begin with a brief exercise: take a moment, close your eyes and recall an outdoor adventure or nature experience you’ve had. Where are you? What do you feel? Who are you with? What are you doing? Perhaps you’ve noticed a slight change in your attitude after reflecting on that memory. Research has shown that even just recalling outdoor experiences we’ve had boosts feelings of happiness and health.

In grad school I became an Outward Bound instructor to earn money during the summer, and to practice my craft (as an adventure educator). It didn’t make much, but I was never in it for the money. I was in it because I had experienced firsthand the power of the outdoors to effect change and transform people. I firmly believe that good things happen when people and the outdoors meet. And there’s growing evidence to support this belief.

Over the last several years, there has been renewed and increased interest in understanding the impact of natural environments on human health. However, the notion that natural environments are ‘good’ for people is not new. In the mid-1800s Quaker physician Thomas Kirkbride, advocated that mental health institutions provide opportunities for people with mental illness to tend gardens and farmland, believing such practices encompassed moral and compassionate treatment. Kirkbride viewed gardens as “necessary appendages…contributing to the comfort, happiness, and restoration of many patients” (as cited in Selhub & Logan, 2012). At the end of WWI, the US military initiated gardening programs to aid veterans with post-traumatic stress disorder, and garden therapy became the work of specially trained therapists. Roger Ulrich (1984) published a study in the journal Science documenting the benefits of a view of nature on the recovery of patients who had gall bladder surgery. Patients who had a view of nature recovered faster, and requested less pain medication than those with a view of a brick wall.

More recent research on the Japanese practice of shinrin-yoku, or forest bathing, an experience informed by ancient Shinto and Buddhist practice in which one opens all five senses to nature reveals that forest bathing:
Decreases production of cortisol (a stress hormone), lowers heart rate and lowers blood pressure
Enhances immune functioning and stimulates production of Natural Killer (NK) cells which help fight off cancers and other infections. One study found that after 3 days of morning hiking in the forest, the NK cells of study participants increased 40% and remained 15% higher one month after the experience
Improves overall sense of well-being.

Need more evidence that nature can improve physical health and well-being? Results from a study out of the University of Rochester found that 90% of study participants reported feeling more energy and greater vitality after 15-min walking in nature versus walking indoors. So instead of reaching for that afternoon cup of coffee, why not try reaching for your shoes and head outside for a walk in the woods.

Research has also hinted at the effect green spaces might have on mitigating symptoms of ADD/ADHD. As a young boy, renowned photographer Ansel Adams was kicked out of a number of schools for his high activity level so in eighth grade he was home schooled by his father who capitalized on his strengths and built the curriculum around his son’s greatest interest – the outdoors. He would go on to become one of the earliest “adventure photographers,” and eventually the official photographer of the National Parks and a renowned landscape photographer.

In her book, The Nature Fix, Florence Williams (2017) discusses the “Mappiness” project in which researchers collected over 1 million responses from 20,000 people in the UK via an app that randomly beeped people throughout the day and asked them to complete a short survey about how they were feeling. “Study participants were significantly happier outdoors in all green or natural habitat types than they were in urban environments.”

Nature also restores our attention and improves our ability to focus, as research has indicated kids diagnosed with ADHD exhibited fewer symptoms when they were in natural environment compared to when they are indoors. Walking in green settings has also been shown to improve self-esteem and mood. Considering 1 in 5 adults experience some form of mental illness in a given year and depression is a leading cause of disability worldwide evidence that being in nature can decrease depressive symptoms and improve mood and sense of wellbeing is promising. Time in nature also increases social connections and strengthens relationships, which in turn promotes overall happiness.

So given all this promising research on the health benefits of nature you might be wondering, how much is enough time in nature? Some suggest 2 hours. But we don’t really know. However, it’s clear that some is better than none. So what are you waiting for? Get outside!